It’s In The Details

Many of our competitors are just “private label brands” on some other company’s platform, while other phone companies operate solely in the cloud; most frequently Amazon cloud services. And yes, we all have seen the headlines…Amazon in particular… having numerous outages, some national. This obviously isn’t the best option for your pizza business.

6 data centers across the US built to better serve you

PizzaClouds owns and manages our own infrastructure and platform, giving us total control over:

We maintain our own physical systems in two data centers (Columbus, OH and Trenton Tennessee), plus use cloud services in four Google Cloud Engine (GCE) data center in California, Nevada, South Carolina, and Iowa.  Google’s GCE cloud services are the most reliable in the world.  The specific part of Google we use – GCE virtual machines have over 99.999% uptime.  In fact, they have had less than two minutes of down time in the last three years, giving them 99.9999%. 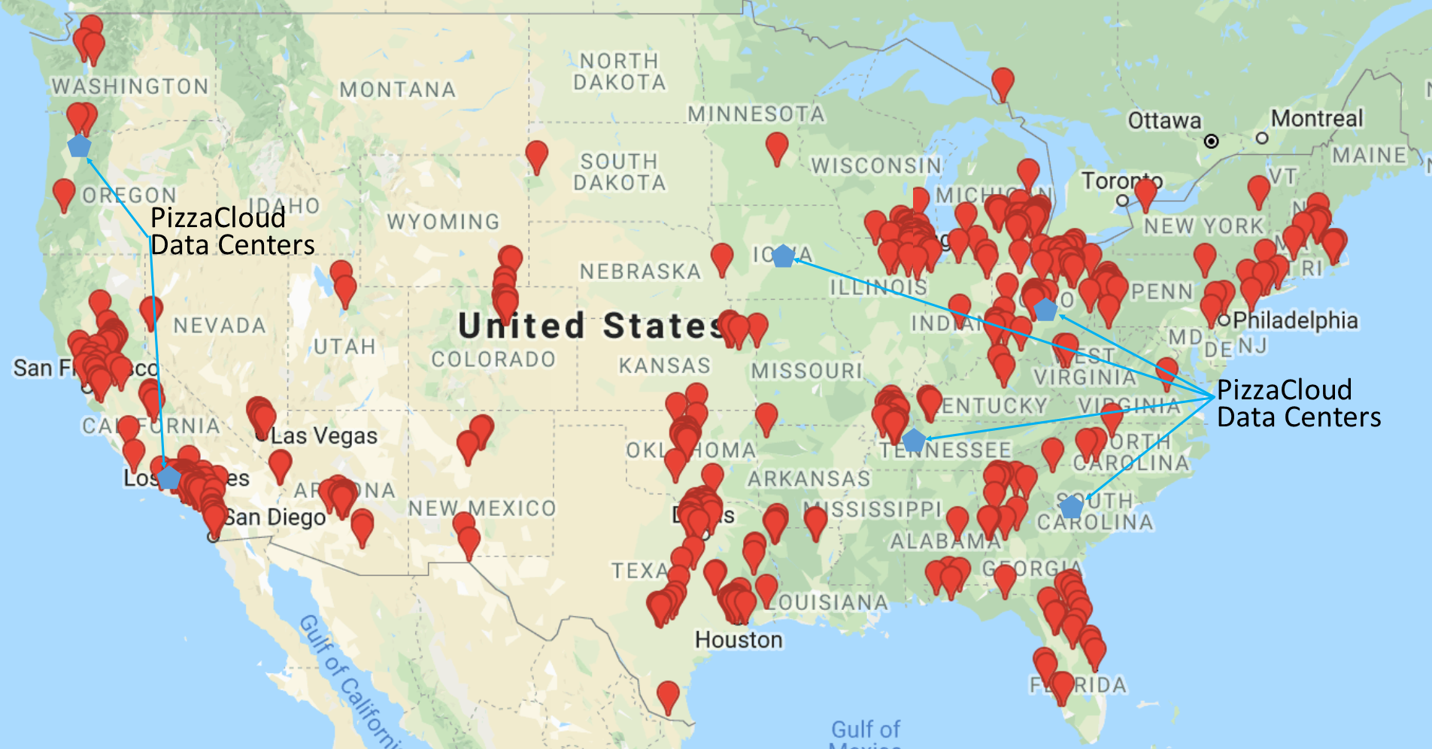 With Google’s GCE cloud service being so good,

Because nothing is perfect. Nothing is 100% reliable. We do not like to have “all our eggs in one basket”. Every customer has a primary and failover data center assigned. If we lose a server, router or have any other issue at your primary data center the phones snap over to the backup in seconds. This gives us the best of both worlds – the flexibility of cloud services with the tried and true reliability of physical servers.

So does this mean
“My phones will NEVER go down?”
Frankly – no, it does not mean that. Anyone who promises 100% uptime is lying to you. AT&T has had regional and nationwide outages. Verizon has had regional and nationwide outages. Comcast has had many such outages. If the largest phone companies in the world cannot promise 100% uptime, who can?
Same on the cellular backup Internet. Your primary Internet goes down, the cellular backup kicks in. But what if your area had a terrible ice storm, tornado or similar and the cell towers near you are down as well?

Bottom line – we have layer upon layer of redundancy and backups, but that only takes us to 99.999 reliability. Which in fact is far better that “plain old telephone service”, but again – anyone who promises perfection is lying.

Count on PizzaCloud
For Reliable Service

Our servers are located in multiple tier-0 data centers